Top IT trends – Big Data, Cloud Computing and the Internet of Things 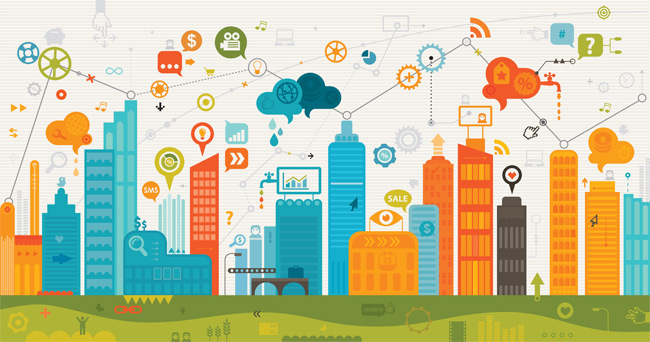 Today we are witnessing the ever-evolving power of the IT industry in its peak moment. Small organizations quickly grow to understand the significances of networking and conquering new business horizons, while striving to stretch their reach to global markets and to gain more recognition among the big fish. Large corporations, on the other hand, fundamentally master their proactiveness in order to offer unprecedented services and products that cover all the requirements of clients on a level which exceeds their personal expectations.

Realizing that the truth of success lies behind the basic shift from “I” to “us”, an impressive number of company leaders envision their employees as a living and breathing formula that will drive profit far beyond the limits faced in this particular sector. More simply and clearly put, gathered forces and shared expertise enable firm owners and members of staff to collectively plummet pre-established boundaries and pass through the metaphorical wall of impossibilities, thus empowering their aspiration for prosperity. In this regard, through the immense transformational power of this collaborative network of people who share similar ambitions and collect the same patterns to build a final picture of triumphant outcomes, the IT world embarks on top-notch tendencies whilst embracing more and more revolutionized creations and innovative approaches.

Bellow we are listing three leading IT trends which represent the most modernized expression of intelligent, practical and productive evolution in the IT field. Such “fashions” and modes of actions have become integral extensions of the overall aspects of influence wielded by one association or another that is part of this rapidly developing branch. 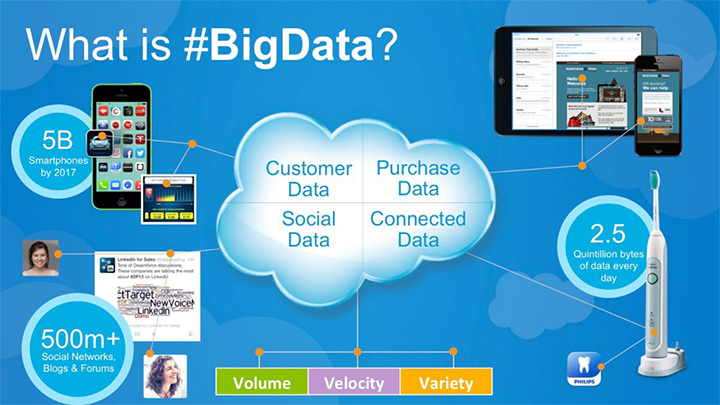 Big data is a term which becomes more and more popular in all kinds of business sectors. In relation to the IT industry it plays a huge role in the proper implementation of projects and developments as well as in the correct functioning of a number of operations. Big data is used as a description of voluminous amounts of data that is structured and unstructured as well. Essentially, because such saturation of information is too vast and consistent, it becomes difficult to be processed via conventional software systems and databases. As a consequence, there is a need of more technologically advanced tools, techniques and integrations so that all of the hidden values deriving from multiple datasets can be uncovered. Setting itself among the most crucial tendencies in 2015, big data allows IT companies to improve and reinforce all of their functions. In addition to this, it also demonstrates an indicative potential to ease organizations in the processes of reaching to more effective, insightful, contemporary and goal-driven decisions. Finally, big data is positioned right in the heart of every IT business as it helps for the reduction of expenses, costs and time and gives a venue for maximized offerings. In this sense, IT departments produce a vast amount of trace data and logs which need to be examined. When organizations do not have Big Data solution in place, enormous quantity of these logs and data will not be monitored. On the contrary, generating such methods will be able to identify wide-ranging patterns which, on the other hand, will ease the process of diagnosing and preventing problematical patterns from damaging the system and the functions of the IT company. A vivid example of one such useful Big Data application is the IT log analytics.

The need to manage more complicated IT environments transforms into a need of adopting new IT practices. But the adoption of new IT practices requires adoption of new thinking, respectively. In the electronically-metamorphosed 21st century, such thinking insists on the use of centrally-directed applications which can be distributed to and accessed by any device at any time. The substantial growth of such coordinated apps is stimulated by the convergence of the cloud computing. According to David Cearley, vice president and Gartner Fellow in Gartner Research, “Cloud is the new style of elastically scalable, self-service computing, and both internal applications and external applications will be built on this new style.” He also adds that; “While network and bandwidth costs may continue to favor apps that use the intelligence and storage of the client device effectively, coordination and management will be based in the cloud.” This way, the primary focus of cloud computing is to optimize consumers’ experience by synchronizing all sorts of application modes and content as well as delivering such apps across various devices.

The Internet of Things

When the conception of Internet of Things (IoT) was first born, connected services, data streams and products were only expressed through objects like coffee makers and automobiles. Now though, things are quite different. In the most urgent attempts of developers to digitize pretty much everything that can be touched, seen and even imagined, the notion of Web-connected devices is carving its way deeper and deeper into every segment of one’s IT-focused business. The popularity of the Internet of Things has reached a level of high demand and is now among the most frequently exercised tendencies in the technological sphere. IoT has the exponential capacity to leverage the basic usage models which include manage, monetize, operate and extend. What is more, the Internet of Things is based on magnified machine-to-machine communication and is built on cloud computing and many networks of data-collecting sensors. The mobility and freedom of IoT enable users to transport information from one point to another over a network without the need of human-to-human or human-to-computer interaction.

There are plenty of smart systems and IT-developments which give people the exclusive chance to take advantage of a better and much facelifted present time. Interacting, communicating and receiving information becomes easier thanks to smart phones, watches and other even more simplistic items. Now, even our cars can navigate us to available parking lots thanks to sensors. Machines speak to machines. And machines speak to human beings. When the idea of perfected convenience is infiltrating into our everydayness, the surrounding becomes a place with no barriers that may hinder future progression.

With so many advancing developments out there, what do you think is going to be the next big thing in the IT world of possibilities and opportunities?