What’s the Cost for Development Services and Outsourcing in Europe? 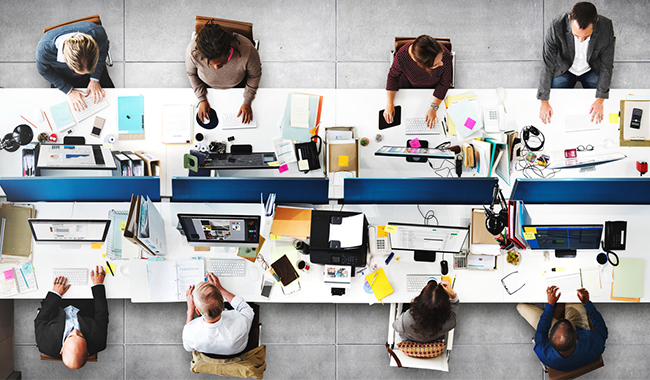 In a fast-growing field, such as software development and programming where tools and trends transform so rapidly, the cost of development services being offered changes as well. The truth is that the average price of IT services depends on several key factors. So, let’s look closer and explore the current tech landscape and spending which are closely linked to where companies choose to invest and outsource.

LOW-RATE DEVELOPMENT SERVICES ARE UNLIKELY TO DELIVER A HIGH-QUALITY PRODUCT. TRUE OR FALSE? 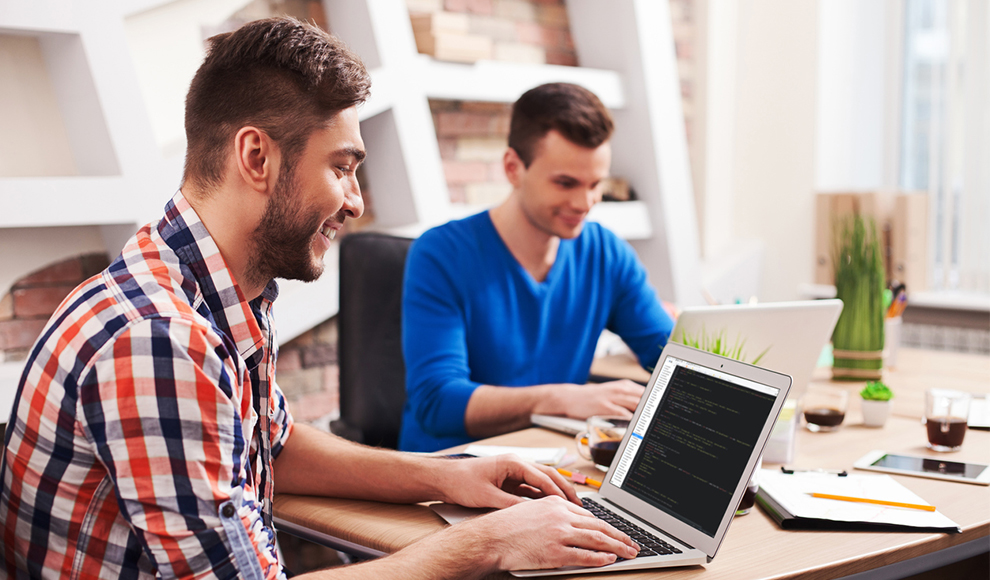 To start with, outsourced IT and development services are most frequently redirected to companies which work at more reasonable rates. One of the most crucial aspects which defines the cost of software-related services is quality. Even though it is a quite relative concept, it’s accepted that the higher the quality is, the more expensive the service becomes. And vice versa. In this regard, a recent survey carried out by Yalantis indicates that in countries from the ‘post-Soviet state’, such as Belarus, Ukraine, Armenia and Moldova, the price for their IT services corresponds to specific quality levels and precision of work. Thus, the figures may range from $25 per hour for moderate quality to $35 per hour for high-quality services. The same report showcases that companies head-quartered in the Baltics tend to charge more than those in the post-Soviet region. Unlike the latter, correspondents from Estonia, Lithuania and Latvia receive $100 per hour. A scarce percentage of freelancers in the Baltics work with an hourly rate of $51 to $100, while 55% are paid $20 per hour. Which makes their services quite more expensive. Compared to Armenia, Ukraine, Belarus and Moldova, the average price of IT services equals $31-$44 per hour despite of the Baltics being the smallest IT area.

The reported results appear to be going up in Eastern Europe. This is premised on the fact that countries like Bulgaria, Romania, Poland and Slovakia are world-leading outsourcing destinations for their much more competitive geographical location and quality of services. So how much do Eastern Europe countries charge in terms of IT and programming outsourcing services? Romania, for example, charges about $26 for moderate quality IT services, while Bulgaria – $27 per hour. High-quality IT services have an average starting price of $38 in Romania and $39 in Bulgaria, while the Czech Republic stands out with highest one – $44 per hour. 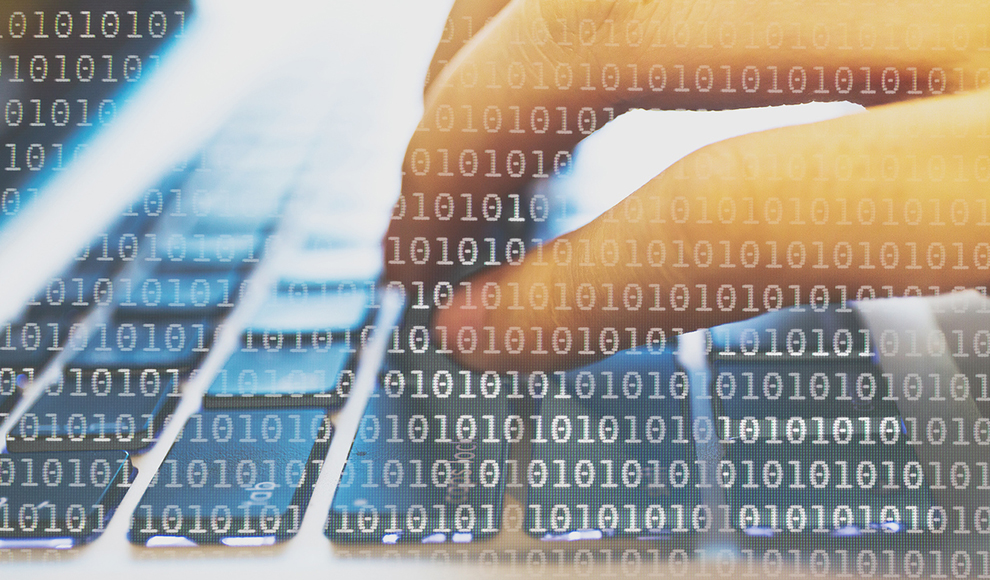 Apart from quality, however, developers’ areas of expertise also add up to their rates. In Bulgaria, for example, the most in-demand dedicated programmers are those who know JavaScript, Swift, C++, C#, HTML and PHP. The impact of what programming language one knows may be less significant but it is still highly likely to result in the final sum written on the paycheck. Citing payscale and referring back to the software industry in Bulgaria, the average software developer located in the capital city and the country’s tech hub – Sofia – earns about $21,368 per year. According to averagesalarysurvey.com, the most frequent GROSS salary in the Bulgarian IT labor market is estimated to be $14,400 until February, 2017. 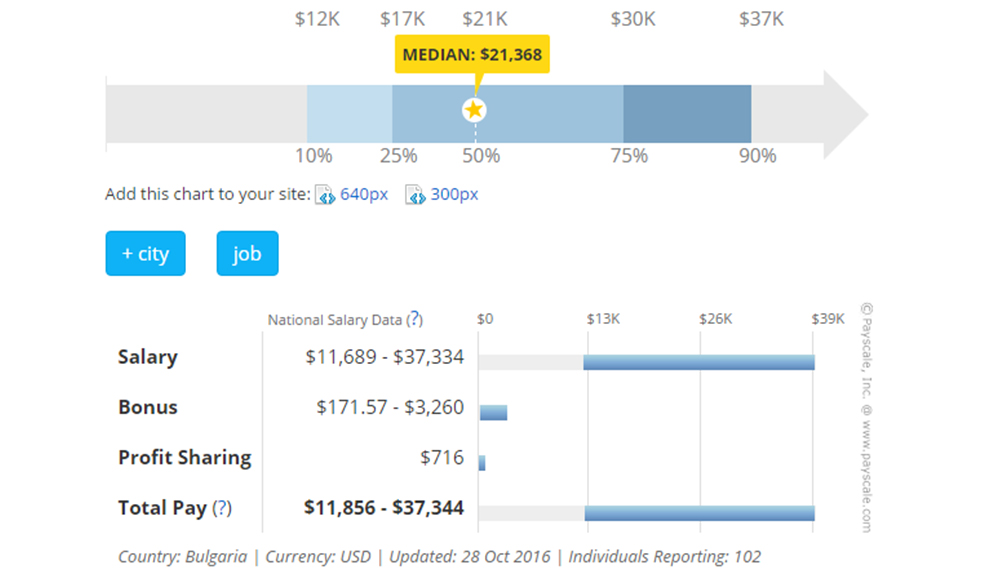 OPERATING SYSTEMS: DO THEY MATTER?

Apart from being affected by the use of specific programming languages and tools, salaries vary depending on the operating system that a developer focuses on. In the 2016 European Software Development Salary Survey conducted by O’Reilly it is highlighted that the annual wage of IOS developers varies from roughly $40,000 to over $90,000, making them the highest-paid and most expensive programmers in the IT industry for the time being. Android devs earn around $30,000+ to approximately $65,000 annually. 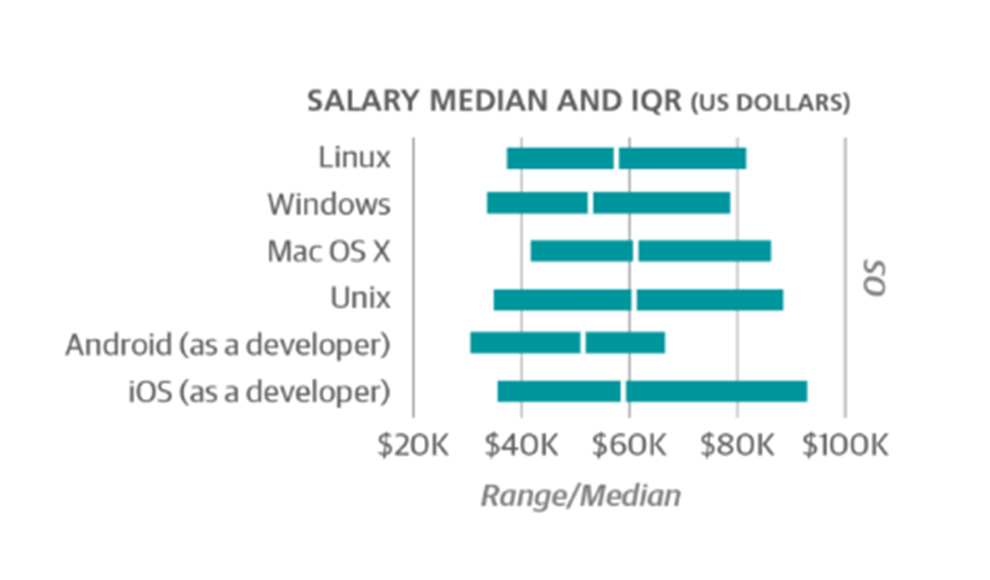 As the IT market expands, the cost of development services and outsourcing correlates well with quality of work, job titles, years of experience, working hours per week, time spent in meetings, team size and collaboration with others. Living standards in a given country and even city are not to be neglected either for they also impact how much a programmer will earn and charge by the end of the month. Yet, the industry simply keeps changing.

The question here is, could the price, then, be really fixated for a long period of time?