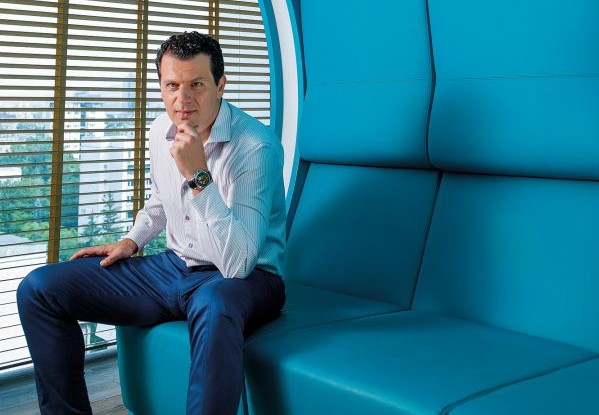 The transformation process of the business starts individually for each company. For BGO Software, changes came after a deep meditation. The year is 2020, the middle of March. The Covid-19 pandemic has blocked the whole world, and there is no unaffected sector. Ivan Lekushev and Ivaylo Ivanov have been involved in the IT industry for 12 years, they have gone through many challenges, but this doesn’t make the present crisis look less dangerous. 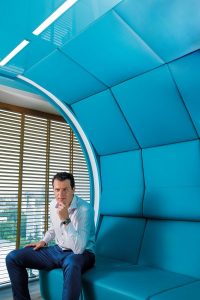 Searching for answers, Lekushev turns to an old decision-making habit – he stays alone with himself and looks into his inner world. “It was about midnight, and my family was asleep. So I picked up the headphones and went deep into Tibetan music. I started studying the current insecure situation “, says the executive director of BGO Software. Lekushev emphasizes with a smile that he does not think of himself as a “great expert” and uses Eastern practices only to deal with stress and make objective decisions. There are weeks in which he meditates every day and months without a single minute of meditation.

He’s not sure how long he has stayed in meditation that night. He assumes it’s about two or three hours. During these hours, he realized that the crisis would free up enough capital for digital healthcare and goes to bed with a clear strategy. Thus begins a new, fourth, period in the history of the technology company. BGO Software 4.0 is leaving the non-profiled market for IT solutions to help digitalize healthcare. According to Lekushev, the success lies in providing a complete cycle of services – from a cloud platform for drug licensing to software for monitoring production.

This approach opens new doors for BGO Software. “I realized that we have a great opportunity. We had to specialize in the health sector within a few months,” says Lekushev.

The impressions of his partner Ivaylo Ivanov are similar: “It seemed that health would become even more important for society. The transition from analogue to digital can save lives, and BGO Software already had the resources needed and knowledge to contribute to the process.”

Lekushev and Ivanov are considering the idea of ​​focusing their business on healthcare at the end of 2020. Then about 50% of their clients are companies from clinical trials and pharmacies. Both of them even share their idea with their colleagues at the company’s Christmas party. After that, the partners jointly draw up a plan to regulate the “process of turning the ship”.

The initial frame time for this transformation is quite different – two or three years are planned for a smooth transition. Lekushev and Ivanov want the process to go in stages and every step to communicate with employees, customers and partners. However, the subsequent events surprised the entrepreneurs. To make the most of the current circumstances, they need to act quickly. The cliché that the crisis is forcing many business changes, in their case, is entirely accurate. Instead of years, they transform the company in months.

However, knowledge of what is happening in the sector is a crucial advantage for both partners. Lekushev’s parents are doctors, and Ivanov has experience with companies in the industry through previous projects. They both know the problems in the sector. They also understand how great the positives for society would be from automating some of the processes. For example, it takes between 7 and 10 years for a new drug to hit the market. However, vaccines against COVID-19 have proven to be sufficient for only a few months. However, if the circumstances are not extraordinary, the process is cumbersome. Ivaylo Ivanov’s observations show that much of the time is spent waiting. Documents from pharmaceutical companies to the regulator and vice versa are repeatedly transferred. “We have been working with the UK Department of Health since 2013. We have been able to digitalize the whole path to obtaining marketing authorization for new medicines. “Over 90% of all research and requests on the Island go through software developed by us,” says Ivanov.

When he and Lekushev started a joint business in 2009, their families were not surprised because the trade “runs in their veins from an early age.” Lekushev’s great-grandfather, Stoyan Lekushev, gained experience abroad, and when he returned to Stara Zagora, he opened his steam ironing room. Ivanov’s parents, for their part, developed trade-in machinery for the industrial sector. Their clients are mostly foreigners, and this teaches him that cross-border transactions are a natural thing.

Even before they knew each other, the founders of BGO Software put energy into their projects. Three months after graduating from university, Ivan Lekushev set up his website development agency, Designs Solutions. Ivaylo Ivanov develops BG Outsource, whose subsidiaries are Machine Box – a portal for buying and selling industrial machines and several blogs for cars. (Partners now define this version of BGO as the first version – BGO 1.0.) Meanwhile, both work for foreign companies.

They meet at the representative office of the British company Infonetica, which provides software solutions in healthcare. Ivanov is its manager and heads the technical team. He conducted one of the interviews for Lekushev’s appointment. They are in different groups, but they realize that they can work together over time.

Until now, Ivanov has worked on BGO projects with another technical person. He realizes that to make a successful company, he needs business knowledge. He and Lekushev combined their expertise and experience and, in 2009, began to develop BGO Software as partners. They accepted it as a side business and continued to work for the English company. For the first few years, the search was only for website and ad development. They position content in already developed media platforms and buy small web pages and blogs.

After a few years, the owners of Infonetika changed the company’s policies with them. Young entrepreneurs “do not believe in the style of work of new managers.” In December 2011, Ivan Lekushev took the big step and left to dedicate himself to his business with Ivanov. The company then adopted the name BGO Media (or BGO 2.0). “One of us was already working full time, and things started happening one by one. Our first big client also appeared “, shares Lekushev. An American company wants to export part of its work to Bulgaria. Its manager is Bulgarian and is looking for Ivanov for help. Everything sounds great, but then BGO has neither an office nor people’s capacity for such a task.

“We were paid a month in advance to take over the project. We found people and a room in less than two weeks. After a few more days, we shook hands with our new client. We keep photos from this moment. The funny thing is that repair works are still going on around us while we are discussing our strategy for it,” Ivanov says. The new commitment is significantly greater than the previous ones. It turns out that it brings about 80% of the company’s revenue. The partners are preparing to double the number of employees to increase their activity. They also founded a new training company – Astra Nova Training.

HOWEVER, AFTER A FEW MONTHS THE COMMON WORK ON THE AMERICAN PROJECT SUDDENLY IS OVER

“I was at sea, and I was glad that our client was making regular payments, and I thought we had succeeded. But then I received an email that he had problems with investors. Things were serious. He gave us a month’s notice. In the meantime, we had more employees than ever. “They relied on their salaries, and renting the office would certainly not be forgiven,” Lekushev said.

They are trying to find new commitments to get them out of the situation. They work without pay and empty their savings accounts to spend another month. “We could not find a new project. We were pushed to the edge, and we believed that there was much potential in the IT sector. Fortunately, a beam appeared. Like our previous commitment – the client found us himself. Ivo’s phone rang again unexpectedly,” Lekushev said.

Their second chance is very similar to the first – a large company wants to move to Bulgaria. However, the partners learn from the “bitter experience” and do not stop actively looking for more projects. As a result, customers are becoming more and more. Ivanov left Infonetica and moved entirely to the BGO Media office at the end of the year.

Over the years, the company has helped several corporations, government organizations, private companies and educational institutions. Among them are pharmaceutical giants such as Roche Holding (Switzerland) and Genentech (USA). Regarding competitors, Lekushev has a firm position: “I have no statistics on the performance of other companies. It may sound strange, but my philosophy is that it’s distracting. When you grow up a lot, it’s normal to watch what others do. Today, I want 100% of my energy to be focused on the company.” In mid-2019, Lekushev and Ivanov realized that they had come a long way and decided to change the company’s name once again. BGO Media (2.0) becomes BGO Software (3.0).

Meanwhile, the company’s team is growing and today reaches over 100 people. They are renting new offices. Apart from Sofia, Plovdiv, Vratsa and London, the company has recently had people in Basel. In June, BGO Software announced its new representative office in the Swiss city. “Our new location is in the centre for innovative healthcare solutions – Basel Area Park. We want to gain expertise in this area and to establish BGO Software as a leading developer of digital solutions in it, “said Lekushev.

He has reason to be confident. In 2020, the company’s consolidated turnover reached BGN 7.48 million, according to its data. This is by more than BGN 1.58 million more than the previous year and by more than BGN 2.54 million more than in 2018. In addition, COVID-19 and the declared state of emergency led to an increase in turnover for the second and third quarters of 2020 by 27 % and 22% compared to the same periods last year. The company’s goal is to have a 30% turnover growth in 2021.

The growth opportunities are even more significant. In 2019, the digital healthcare market exceeded $ 106 billion, according to Global Market Insights. Moreover, it is expected to grow to 201.24 billion dollars this year, according to forecasts by the global agency Research and Markets.

Based on its experience, BGO Software builds a strategy that has been proven over the years. Much of the company’s activity is in the field of services. In this way, they study the relationships between the various actors in the clinical trials sector in depth. From what they have learned, they create products that optimize processes and increase productivity. Last but not least are the hybrid solutions. The product is 80% ready, and the rest are reserved for the client’s personal needs.

Ivan Lekushev and Ivaylo Ivanov also rely on a growing basket of digital products. “Products have the potential for faster sales with large margins. We already have three such decisions, and we will increase them in the coming years, “Ivanov said. He and Lekushev know that healthcare will not enjoy such attention forever. However, they are calm because the flexible solutions are there, and deep meditation is enough to see them.