8 Most Influential Books on Programming of All Time The list of books on programming and computer science can go on forever. Writings, however, which are truly useful, comprehensive, informative and with a real guiding quality are filtered to a few. Bellow we are listing 8 quality programming books which promote valuable information and insights that can expand people’s skills and enrich their knowledge. True. They do not generalize that much and might be a bit too code-like-oriented for the pop or mass culture of readers but the specificity of the content sells them out to developers just like comics are sold to geeks. But the specificity of the content makes developers crave for them in the same way comics tease the hunger of geeks.

This is a monographic project which has 7 original scholarly volumes. Knuth’s book explores various programming algorithms and reflects on their analysis. There is a mathematical exactness combined with an outstanding humour peppered throughout the chapters which makes it more appealing to any self-taught programmer or computer science community.

SICP is regarded as a classic textbook related to computer science. It has the goal to enlighten on the subject matter of computer programming principles like modular programming, abstraction in programming, metalinguistic abstraction, major programming systems such as interpreters and compilers and others. Harold Abelson also accentuates on the role of various approaches for time-management in computational models:  functional programming and lazy evaluation, objects with state and so on.

Even though this piece was first published back in 1994, it’s a must-have for any developer who works with object-oriented software. From front to back the book contains principles which are still applicable to current coding conventions. Being extremely influential in the software engineering field, “Design Patterns” emphasises on repetitive and commonly used solutions for solving common problems particularly in software design.

“A design that doesn’t take change into account risks major redesign in the future.”

The book is about software engineering and manages to deliver adequate blend of engaging analogy and practical advice. It delves into different technicalities of contemporary software development, while it simultaneously cuts through some of the most pivotal processes involved. The authors address methods for making and preserving codes highly adjustable, write about core characteristics of pragmatic programmers and highlight the importance of constructing and understanding personal responsibility.

“Don’t gloss over a routine or piece of code involved in the bug because you “know” it works. Prove it. Prove it in this context, with this data, with these boundary conditions.” 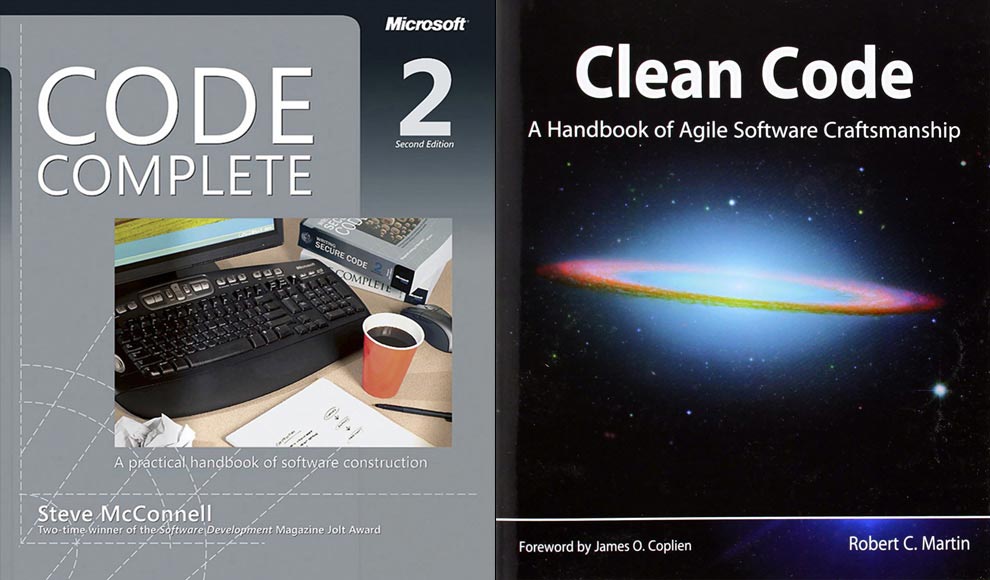 It is accepted as one of the most useful guides in terms of programming. “Code Complete” conveys synthesized trend-leading practices and offers updated code examples which deploy the art behind the act of coding and the science of the code itself. Reading and enjoying McConnell’s book does not require any particular level of expertise or background. The author provides definitions to: detailed design, construction planning, coding and debugging, unit testing, integration and integration testing.

“The road to programming hell is paved with global variables.”

, Robert C. Martin Information included in this writing is highly appreciated by code-creators, team leaders, project managers and others who are part of the field. The text is filled with convincing and easy to comprehend explanations so that programmers can learn to tell the difference between good and bad code, develop better working codes, format codes for optimized readability and so on.

“Truth can only be found in one place: the code.”

Timeless, thought-provoking, valuable and influential. These are just some of the words that begin to describe the nature of Brooks’ collection of essays. The writer’s observations are the pure product of his experience and are based on software engineering and project management.

“Adding manpower to a late software project, makes it later.” 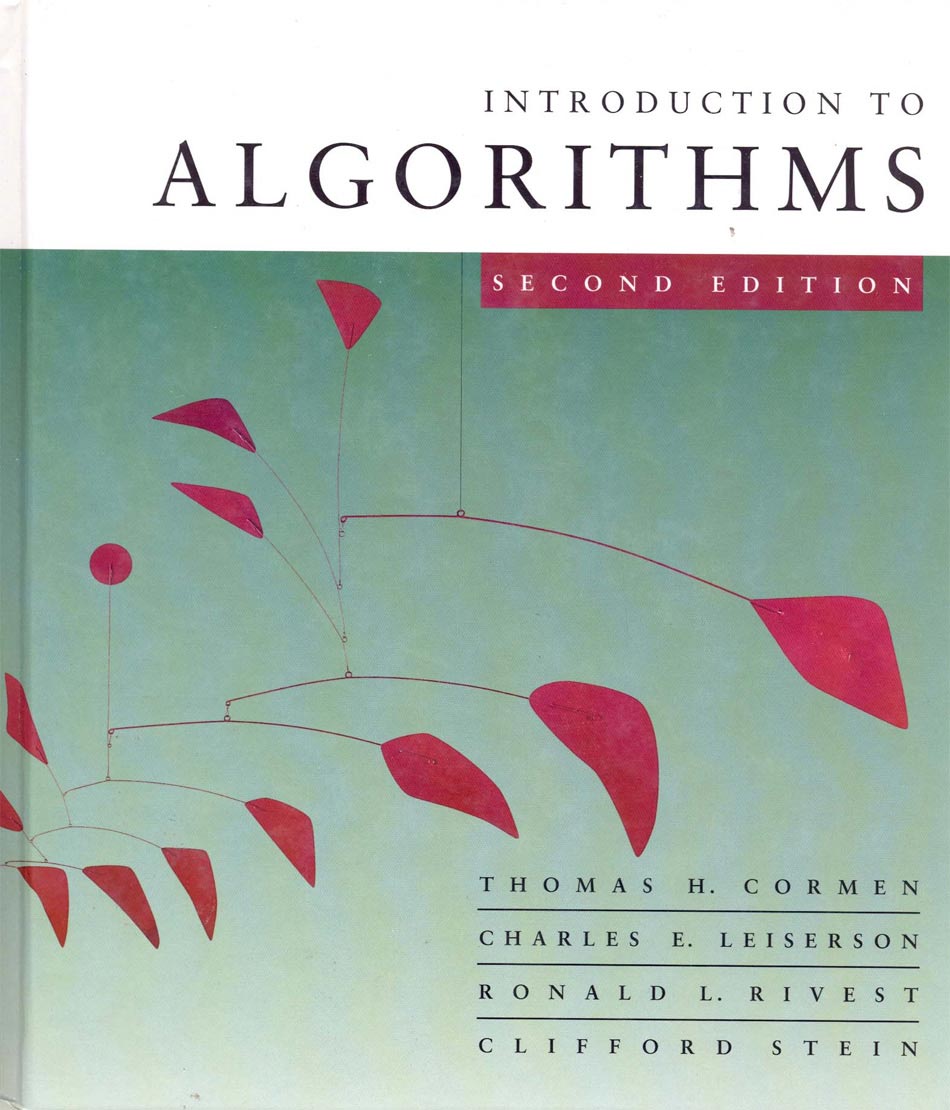 This is a book that explicates algorithms, obviously, and embraces concrete inclusiveness and consistency. The composition of the text and the content itself allow it to become the perfect source of information used at universities all around the world. The acknowledged algorithms are presented in a readable pseudocode which can be “digested” by anyone with a little programming experience.

“By the way, if you’re wondering where the word “algorithm” comes from, Knuth says that it derives from the name “al-Khowârizmî,” a ninth-century Persian mathematician.”

Programming is a discipline which automatically alludes to something that lacks any sort of passion. Most people live with the idea that coding and its subject matter (especially if it is one presented in a book) are both dry, uninteresting, too difficult to understand and… colourless. A huge part of the population that does not have anything to do with computer science will agree with this statement right away. Hesitation and second thoughts are out of question. But is it really like that? Does programming exist as something exciting in the heads of developers and software engineers only? Or maybe it is quite on the contrary and there is, in fact, an in-depth sparkle behind the facade which is capable of inflaming one’s curiosity just as quick as the hasty non-programmers’ condemnation of programming.

A few months ago I came across a book titled “The Innovators” by Walter Isaacson. Despite the fact that it is not the typical programming book which includes, what’s considered to be, raw material, flat explanations and skills-developing tasks, the writing evolves around the subject of our innovative computerised era and the empowering digital revolution which has changed the world as we know it. Isaacson’s piece is also about tech pioneers, inventors, creators, entrepreneurs and even hackers who have shaped the technological standards nowadays. But the IT flavour is present in almost every syllabus. Conveyed with a genius and thought-provoking attitude, the story is suitable not only for tech-savvy consumers but for readers in general as well.

The point here being, regardless of the programming background, one can always find an intriguing read. And due to the abundance of programming books with different focus on technologies, programming languages and styles, people are enabled to find whatever they need whenever they want. In this sense, “The Art of Computer Programming”, “Structure and Interpretation of Computer Programs”, “Design Patterns: Elements of Reusable Object-Oriented Software”, “The Pragmatic Programmer: From Journeyman to Master”, “Code Complete”, “Clean Code: A Handbook of Agile Software Craftsmanship”, “The Mythical Man-Month: Essays on Software Engineering” and, lastly, “Introduction to Algorithms” build the canon. They have the biggest impact on programmers and developers and shape not only one’s programming style but their programming thinking too.