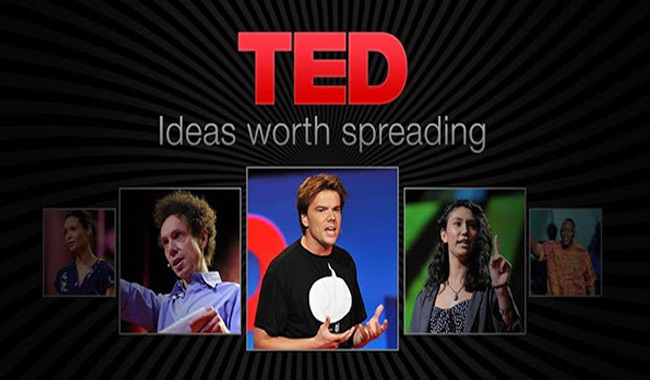 We can’t ignore the fact that our world is tech-driven however you look at it. Just think about that. People can hardly manage to wake up on time in the morning, without setting an alarm clock on their smartphone before that. I know for a fact that when I want to learn about something, I don’t put on my trainers and run to the nearest library to search through voluminous book archives. My brain instantly thinks of using my laptop or phone to go on Google instead because it just has it all. A day without typing on the keyboard even once has become something rare. If a device-free day could take the shape of a physical object, it would be stored in an acid-free glass box designed for the preservation of artefacts. And then it would be displayed at museums for the amusement of collectors. All of us have grown to become so dependent on computerized-realities that we often wonder where technology and IT trends may take us next.

There are plenty of casual internet discussions, formal conferences, business meetings and other IT events which attract thinkers, scientists, entrepreneurs and inventors. On such occasions people are encouraged to share opinions and express visions regarding the past, present and future of technologies. The list bellow outlines 9 of the most influential and insightful TED talks that address a variety of entertaining, informative, enlightening, never-thought-of and always-hoped-for topics.

July 20, 1969, at 20:18 UTC – The exact day, year and time that imprinted a huge moment in the history of mankind. That’s not only when Apollo 11 landed on the Moon but also when people realized how transcending the power of technology is. In its TED talk, Jason Pontin talks about that historical event, while simultaneously examines different challenges we face today. We think that we use technology as effectively as possible for problems that are crucial… But are modern-day examples of advanced software, mobile apps, smartphones and computers solving big problems, or are they aiming at immediate commercial value, while tackling only incremental issues? Journalist Jason Pontin tries to find the answers to these and even more questions in the video above.

Are we slowly alienating from our physical world due to technology? Are we becoming less human? In his electrifying talk, Pranav Mistry argues that thanks to his SixthSense wearable device humans will manage to stay humans and will be more connected to the physical world around us. His invention unites two worlds – that of computers and that of people, but it does it in a more interactive and intuitive way. That’s technology and information merging into real life. Imagine taking a photo with a finger gesture without having to take your camera or phone out of your pocket. And then you can use any surface as interface. You can project your photos on a wall, for example, and look at them. Or you can do a different kind of computing. Browse any website not on your tablet, phone or full size computer but on a piece of paper. How does this sound?

Programming environments like anything else also provide with a medium where creators can squeeze in creativity. In fact, it is more like stuffing creativity in. This presentation is about that – sounds complimenting images, software meeting creativity, and coding resulting in audio-visual art. Golan Levin demonstrates that there is much more to it than numbers, commands and figures. But first, when trying to create something out of the box, people should first have a look at what is inside it. Then the magic begins. Software (as) art is interesting to watch as it showcases one rather experimental approach to art through IT.

What is the path that technology follows? What leads its progression? How does it evolve? What does it want? Diversity? Specialization? Socialization? These are just some of the questions that Kevin Kelly tries to answer in his presentation. He starts by showing the first example of modern use of technology in 1829 and goes on to suggest that, that wasn’t in fact the very first example. Yet, because he explains technology to be that medium where people can explore, he sees the start of technology in The Big Bang – the moment when the big exploration of ideas, and things, and opportunities actually happened. How Technology Evolves also offers the conception that if we look through the eyes of technology we will see that its evolution is very much like the biological evolution.

Ray Kurzweil insists on the perception that technology has an exponential growth and not linear. But will that exponential development eventually result in nanobots operating our consciousness? In addition, similarly to Kevin Kelly, Kurweil also believes that technology and biology share the same way of development over time. They evolve and as they evolve they provide with a venue for capabilities and opportunities. And that capability is later mastered in a way that allows for the creation of yet another capability. This continues on and on.

Ron McCallum: How technology allowed me to read

The modernized capabilities of technologies develop at rates faster than we can actually imagine. Inventors strive to create gadgets, tools, applications and software all of which fit to the needs of users with disabilities too. Thus, in How Technology Allowed me to Read, activist and labor lawyer Ron McCallum talks about how adaptive computer technologies made his life a lot easier. In his moving TED talk, he acknowledges the advancement of clever tools and celebrates their power. McCallum’s emotional presentation is an example of the unlimited nature of the technological world. Finally, it is a testament for the blind reading revolution powered by computing.

Big data is considered to be the new competitive advantage for businesses. Many leading companies adopted the use data-driven strategies to create value, deliver better services, innovate, and above all, stay ahead of competitors. But what exactly is the future of big data? Where is it heading to? What about data-driven technologies, tools and designs? Forward-thinkers believe that big data will only propel success. Similar is the opinion of Kenneth Cukier in his fascinating science talk.

Billy Graham: On technology and faith

Right from the very dungeons of legendary TED talks comes the one which circulates around technology and religion. Speaking at TED back in 1998, Rev. Billy Graham points out that ” … there’s something inside of us that is beyond our understanding. That’s the part of us that yearns for God, or something more than we find in technology.” His lecture is also a window, the view from which spreads far ahead into the distance to reveal the power of technology. But that power, according to him, may be too corruptive, allowing people to use it for the wrong means and for the wrong purposes. And then, there is the biggest drawback. Even though technologies and computers have advanced so much, they are still not revolutionised enough to cure cancer or the vulnerability and suffering of people, and to also mark the end of all evil.

Some, or should I say “most”, 12 year old children love playing all sorts of games. Now when technology has penetrated our world so tremendously, kids prefer games on screen. However, there are still some exceptions. Instead of playing video games, Thomas Suarez decided that he wants to learn how to create them. So he started by building an app and convinced his parents to pay $99 fee to get his creation in the app store. Why did he do that? How did the IT industry win his heart and what are his future ambitions? You can find out by watching the video above. And if you can get inspired by grown-ups, can you also get inspired by the little ones?

In conclusion, I wanted to list videos which vary not only in terms of topics and perspectives but also in terms of time when they were recorded and age of performers so that contemporary programmers and developers can weight what was it, what is it and what might be. Some of the TED talks dated back to 1998 and others were more recent ones. But knowledge doesn’t know time and knowledge doesn’t know age. It can always be upgraded.