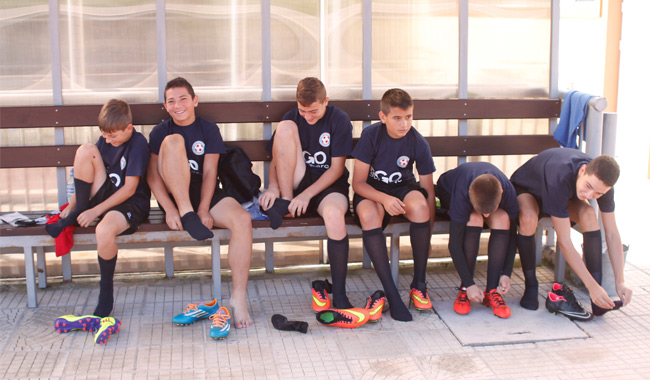 We have proven on more than one occasion that BGO Software has the willingness and desire to help others. We do not just say. We do. Because saying great things is nothing compared to doing great things. Initiatives and projects such as “With Love for Bulgaria” Foundation and Web Academy are just the starting points which aspire us to follow our ambitions. Thus, ever since the formation of our organization, we center on working with and for people. We seek to expand our business in a way that can reflect on them and can also influence and improve if not their whole life, then at least a substantial part of it. This time around we at BGO Software take on rather sports-oriented undertaking and focus on contributing to the development of local sport team.

That meaningful BGO Software undertaking is related to young but very inspiring football players between 9 and 15 years old. Starting merely as an idea of our CTO Ivailo Ivanov it grew to become a whole BGO Software commitment with the support of BGO Software Finance Manager Rumi Hamcheva and CEO Ivan Lekushev.

The aim of the initiative is to help the young talents of Football Club Zlatograd develop into professional footballers with futures as successful as those of Cristiano Ronaldo, Lionel Messi, Luis Suárez and the like. Trusting the eagerness and seeing the potential of the children, we decided to help them along their way, making sure they get everything they deserve.

In order to supply the players with what they need for the upcoming tournament against five other local football teams, BGO Software provided them with Nike soccer balls and outfits with the names of the players and that of their team. In addition to this, trying to popularize FC Zlatograd, their achievements and the immense efforts of the coach Svetlozar Lichev (who also successfully makes his trainees eat healthy food, and we all know how difficult that is when it comes to kids), BGO Software is going to create an official FC Zlatograd website.

Finally, one of the stars of the football club is a boy from Spain who believes so much in the devotion of the team that he has come to play for no other but FC Zlatograd. Amazing, isn’t it?