How is the IT Industry Changing Bulgaria? 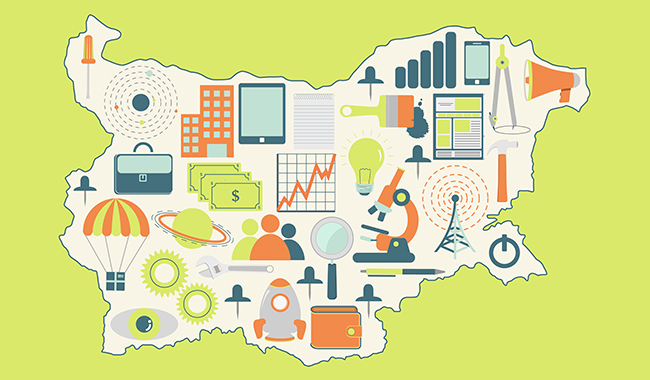 Small in size and yet big in opportunities, Bulgaria has transformed in one of the world’s leading IT business destinations for the last couple of years. The substantial growth of the IT sector on local grounds has had and still continues to have a tremendous role when it comes to measuring our levels of competitiveness. Simply put, it helps Bulgarian business climb up the stairs of success faster than we have ever imagined. What is more it speeds up the establishment of progressive markets and promises better structured economy. Finding a spot on the throne, we manage to surpass many other top-class technology-oriented countries. Thus, the adoption of the latest IT trends spurs productivity and yields efficacy in terms of services and technological developments, while simultaneously shaping Bulgarian companies as leaders in many different aspects. For example, according to the Economist Intelligence Unit, Bulgaria shows significantly more impressive results compared to the 2009-2013 period. Thus, for the 2014-2018 timeframe, we scoop the 46th place and outshine many other countries from all around the world thanks to the proliferating business environment here. Romania, for instance, occupies the 47th place, whereas Greece and Serbia are left far behind and positioned 62nd and 65th, respectively. In the slightly longer run and, particularly, for the forecast period 2016-2020, the Economist Intelligence Unit reports that Bulgaria

“Moves up one place, to 43rd, in the global ranking. Important areas of improvement in the business environment in 2016-20 will include policy towards private enterprise and competition, financing, taxes and the political environment.”

These and many other similar results serve as indicators of how the country has evolved business-wise and point out to all the ways in which the IT industry changes Bulgaria.

WHICH BRINGS US BACK TO THE NUMBERS… AND TO HOW THINGS OPERATE, OF COURSE

It is true that the IT sector moves very fast and takes completely different turns every now and then. New technologies emerge, new trends are being adopted on a daily basis and the business type of thinking kind of tunes in to the current technological frequency. However, the world of technology becomes a world of opportunities which multiply just as quick as when pressing a button on the keyboard. Every newly developed product, every newly embraced tech-based fashion or even the instant when an idea is sparked off, give yet another chance to someone somewhere to do something that will give rise to the next big thing. And that’s what technology and the sector are doing for Bulgaria at the moment. They promote professionalism and competitiveness, and while doing so, they also change how people behave. That’s not all though. In its very core, IT in Bulgaria changes business, it changes the economy and it changes the way people teach and learn. Undoubtedly, the industry contributes a lot to the improvement of the education system here. How? By introducing new techniques and methodologies in classrooms. More national schools begin to support the interest of young students in information technologies and lay grounds for their future development as software experts. Reportedly, there are 220 high-schools which offer ICT courses as their first profile and combine it with solid English and other preparatory language classes. The IT industry has had its impact on universities as well, for, students can apply to more than 15 universities that also include ICT as part of their educational programs.

THE IT INDUSTRY IN DIALOGUE WITH BUSINESS IN BULGARIA

Furthermore, as already underlined, the impact of the IT field is not limited to education only. It goes far beyond that. On the whole, it has a potential on its own to bring Bulgarian businesses to a global level by presenting and posing effective ways for various investments that can benefit the entire society. In relation to this, BASSCOM, the industry association of leading Bulgarian software development companies, highlights that the software industry shows off with a higher added value than a number of other local sectors. Here we draw a reference to the article “Bulgaria: The most attractive IT outsourcing destination in Europe”. Several factors define our county as a top IT destination. And having the necessary set of qualities, the country succeeds in capturing the attention of investors and entrepreneurs in a worldwide perspective. Excellent IT knowledge, good geographical location, multilingual pool of specialists and many more are the aspects that build first-rate conditions which welcome external ‘capital boosters’, compared to many other countries in the EU and the US. 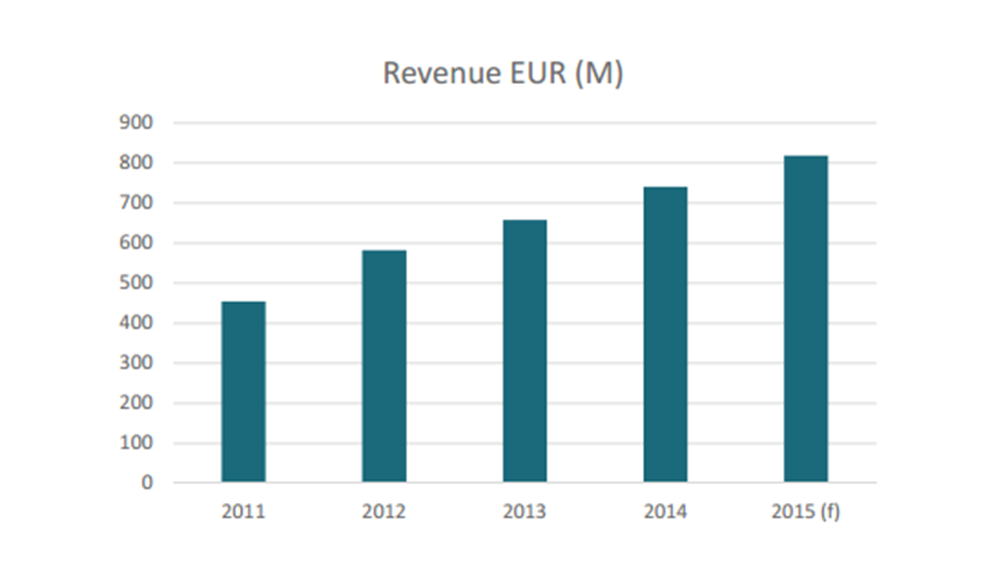 It comes as no surprise that the booming sector of information technology is positioned in the heart of the national economy. In other words, the presence of such convenient conditions means that more investments from the outside follow regularly. While such investments demand more workforce from the inside, they simultaneously draw our country to a phase that allows it to benefit from more jobs created by IT. Consequently, having more jobs means that unemployment is being dealt with effectively. That, in return, accelerates production and manufacturing. And isn’t production and manufacturing core aspects that sustain our economy…? 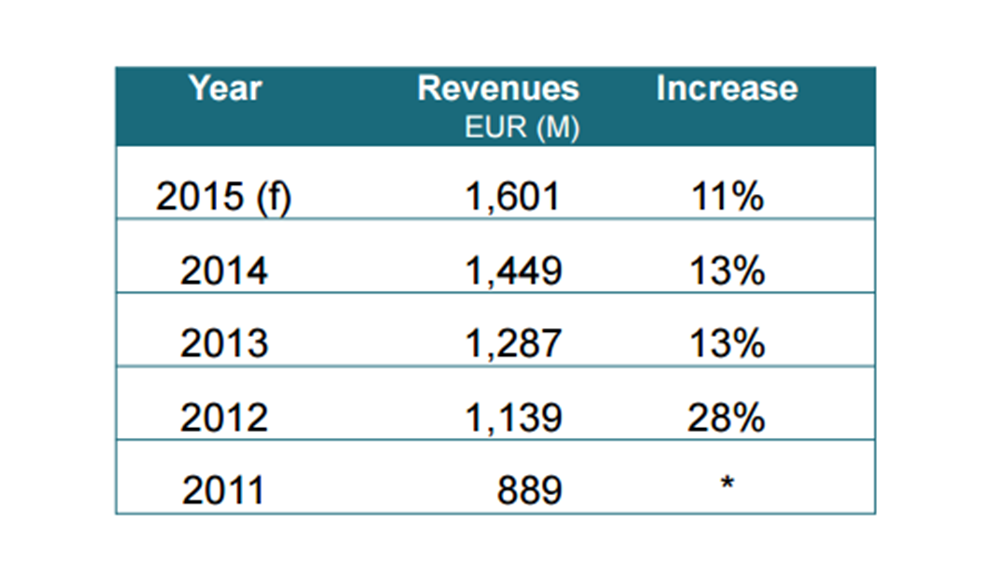 Because the industry expands so rapidly, companies need to update their practices and business models in order to match the tempo in which the bigger shift is happening. As they modify their processes in attempt to implement up-to-date trends led by the tech industry, organizations reach the phase where new flow of experienced staff equals new flow of ideas. Stating BASSCOM Barometer 2015, the country saw a substantial increase in the number of jobs being offered for the last couple of years. According to statistics, more than 100 new companies started operating in 2014 and around 3,000 positions were being offered for the last three years. 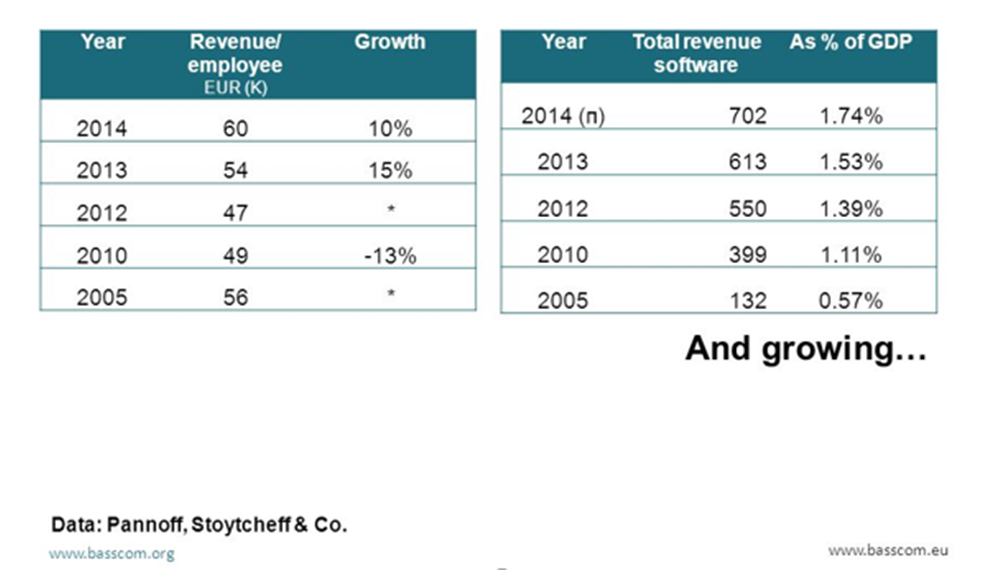 Growing faster than any other field as a whole, the IT transforms into a tool which tackles and reduces the level of unemployment. As a result, it shapes Bulgaria as a country that has more opportunities for employment. 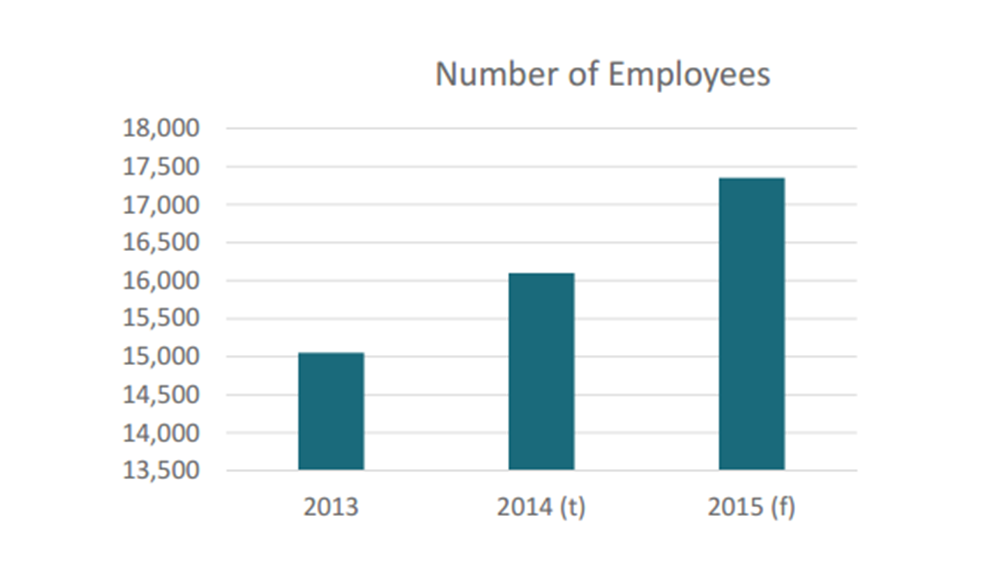 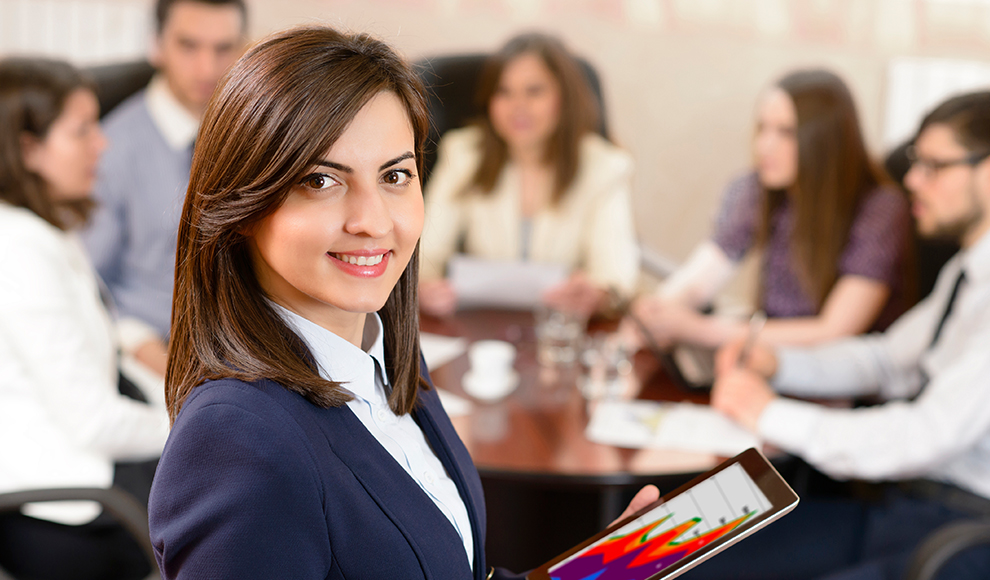 As obvious from the charts above, the information technology today has become a competitive weapon that affects regions in one way or another. The positive impact of IT on the country can be traced from private and governmental educational institutions, through the employment upturn. It continues to the higher rate of implementation of Cloud services, the development of more e-shops, online services and other software developments scattered around branches like banking and telecoms. Despite being so significant, these impacts are somehow foreseen. But there is another way in which the IT industry changes Bulgaria. Interestingly enough, that particular way is less communicated over the media. Specifically, the field slowly becomes an open venue where women can show their capabilities and skills. In this regard, the proportion of women in the field of information and communication technologies in Bulgaria is the largest in Europe, according to a survey conducted by Eurostat – the statistical office of the European Union. Since 2014, Bulgaria turns into a leader in this respect, with approximately 40% of the IT workers being represented by female employees. This is another great achievement and a major change for Bulgaria, as back in 2010 the proportion of women in IT was only 25%, according to a report by the United Nations Conference on Trade and Development (UNCTAD).

Bearing all of this mind, it is safe to say that countries which successfully adopt IT and follow or set up IT trends, become more attractive and favorable to investments, competitiveness, economic growth and productivity. Bulgaria, in this sense, is very much an example that shows how the software industry is powerful enough to leave footprints on its business landscape and even education system. The sector holds so many opportunities which can lead to exceptional stability, lasting employment and high added value. Last year, for instance, it accounted for about 1,74% of GDP of Bulgaria. And finally, no doubt that the influence of the IT sector on our country is huge. After all, it is the most essential part of the so called “Smart Economy.”