More Women in Tech: Possible and When – Part 1

The IT industry has reached its peak moment. And while it is booming, employers are competing to attract the most qualified individuals into their businesses. However, there is still a huge part of people who are overlooked and left to lurk in the shadows. This is not because they lack the necessary set of skills. Not quite so. Rather it is due to the fact that this particular group of “unsuccessful candidates” are represented by women. We say “unsuccessful” not because they have failed in their clear demonstration of capabilities. Instead, women in Tech suffer a sort of gender “unfairness”. They are neglected or looked down on even before receiving a chance to unveil their IT guru side. Even more so, women are often left as second choices when compared to male IT cadres. But why is that so? What are the reasons behind this unfortunate tendency which circulates around the whole world? Is this going to change and when?

Suspecting that there is a gender gap in the tech world is one thing. But hearing about it, seeing and experiencing it is a totally different story. It is a real eye-opener. And here is the truth. Recent survey by the American Association of University Women has revealed some figures that serve to prove the statement above. In this regard, the overall percentage of women across the technology sector comprises the scarce 26%. This is less than the depressing 35% back in 1990. What do we have here respectfully? Twenty five years difference and approximately 10% decrease in the number of occupations in the workforce held by women. This is a problem. Even big companies like Microsoft, for instance, showcase reportedly low female presence. Last October, the company announced that female employees had been rated at 29.1% of its labor force. Moreover, only 16.6% have technical roles and 23% occupy leadership positions. Are we talking about definite gender discrimination in technology then? Is this the twenty first century version of the 1960’s when women were oppressed by what seemed to be a male dominated society and were lowered down in the existential chain? We hope not. Looking at the global picture, there are thousands of unfilled computer science–related positions. Still, IT company owners close their doors, or should we say “shut down their computers”, for female applicants.

In response to our question of “What is the main reason for the on-going gender disproportion in technology?”, Daniela Lekusheva, .Net Developer at BGO Software, identifies some very pivotal segments. She says that: 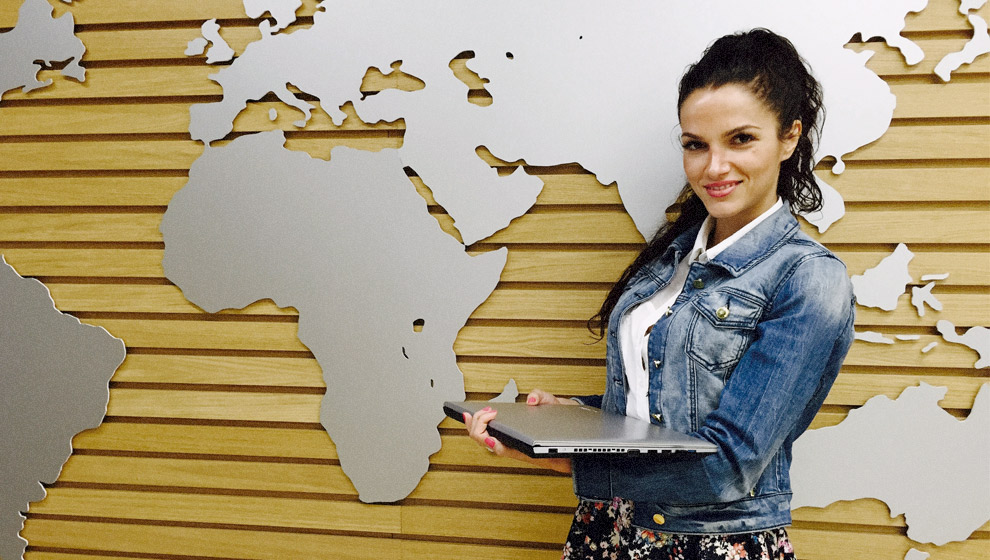 “In my personal point of view, there are several main reasons, but the first and most primary one is faced in the existence of certain prejudices and stereotypes in society. This is to say that there is a visible division between professions for women and professions for men only. Hence, their formal separation is of being “typically female” and “typically male.” It is exactly in the second category that people integrate job titles such as software engineer, net developer and so on. Therefore, since working in the IT industry is understood to be more suitable for men, women are often excluded from the bigger picture because they are seen as unable to exhibit specific values. For example, there is a wide-spread belief that women do not particularly have algorithmic, analytical and logical thinking which is a must when it comes to IT experts. But this is wrong to assume. Wrong, firstly because the presence of a particular type of thinking is an individual, not a gender characteristic. Secondly, this specific algorithmic and logical way of thinking is part of the education of any future programmer and can be developed through experience.”

She goes on and adds:

“I can recall one of my very first job interviews for the position of Junior Programmer. The interviewers ostensibly underestimated my abilities in the IT sector right from the start. Why was that? Well, just because they saw that the candidate was not a man but a young and unexperienced woman instead. So at the beginning they were asking their questions in a mocking manner and with their pre-determined conviction that because I am a woman, I could not answer. However, and here I say “however” with capital letters, I proved them wrong and refuted their expectations. Gradually, their attitude towards me changed. Even though at that very moment I felt inner discomfort, demotivation and uncertainty, I managed to turn them around and transform them into comfort, motivation and certainty. After all, I believe that interior positivism can fight exterior negativism. The real challenge for a woman, not only in the IT sphere of development but in every other, is to succeed in her realization in professional aspect and to combine this success with family, motherhood and hobbies. Most significantly, a woman should succeed in being primarily Female. As a woman, wife and mother I know how difficult this might be but it can be accomplished. I strongly believe that this harmony is achievable as in the very foundation of success there stands desire, followed by personal motivation, will and consistency. I would like to add inspiration too, because even though IT is considered to be a boring subject, the IT sector still keeps a place for inspiration. And it can be the driving force here really.” 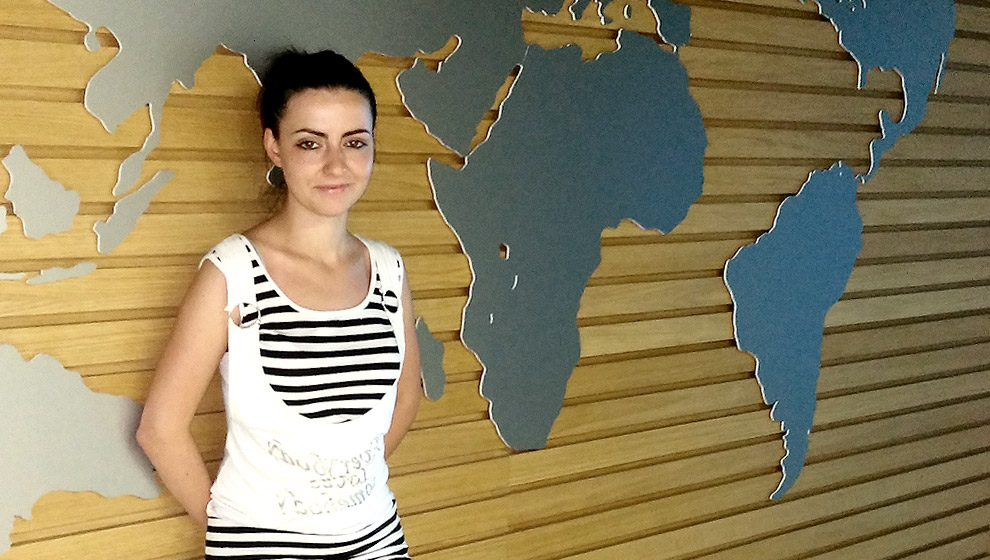 “There is no particularly strong computer science education (or at least not in the correct format) in average schools which to enable more girls to try and see what the whole computer science is all about without specifically addressing this career path in the future. I guess for most people, a typical image of a man from the IT industry is a guy who dedicates his entire time to deciphering and creating codes in a dark room, isolated from the world outside. This affinity for gadgets is much more embedded in the nature of boys and quite often it is much easier for them to find their way to programming or other IT-oriented professions than girls. The Tech world is simply acknowledged as men’s specialty. And it shouldn’t. Women are not less smart than men. They just need a venue. In programming a key part of the workflow is the collaboration with others, even if it is virtual. I think that a woman has the advantage that, in general, she is not trying to invent while standing behind her ego. On one of my first interviews, I was faced with a dismissive and unwelcoming attitude. Still, I think that every man, similar to my professional profile, could fall into a similar situation. But there is one huge difference. Unlike us, women, men are more likely to experience “flow” in their self-esteem and confidence.”

To sum up, as previously mentioned, the factors which are positioned in the very center of this global issue are not rooted in women’s lack of talent or IT expertise. Being technology illiterate is not the reason either. It is simply unacceptable to think that. There are so many not-programming-driven jobs, in healthcare for example, which require technical know-hows. And these job functions, in particular, are done by women. Conclusion? Yes, women do have enough technical skills to place themselves in the IT field. What is more, they also have an analytical type of thinking. And this sort of thinking is just one of the characteristics which will help them survive in the “typically manly world” of code-writing, program-developing and so on.

Stay tuned for the second part of More Women in Tech.