How do We Create Value by Investing in the National Amateur Basketball?

There is a lot in common between business and sport. Both of them require leadership that inspires growth; teamwork which builds on the strengths of every team member and eliminates weaknesses; smart strategies which guarantee smart development and specific objectives which align everyone and push them forward. Combined together, all of these factors encourage success. However, there’s something else which is equally applicable to both business and sport. That thing is called support. And while sport is a tool used for national enhancement, basketball has category on its own. For this reason, we decided to transform the amateur basketball game and shape a better sports culture in Bulgaria by supporting the Bulgarian Basketball Society and building BGO Software Basketball League.

Sponsoring the Bulgarian Basketball Society (BBS) and all of its initiatives, we have several mutual goals in mind: developing contemporary basketball culture in Bulgaria; establishing a much better basketball environment; promoting the amateur basketball sport; and giving a chance to any basketball enthusiast to play and participate in a number of tournaments and champions, regardless of players’ location, gender, age or experience. Therefore, back in 2015, we became an official sponsor of a basketball team – BGO Software Bulls. However, with the growth of our ideas and our mission, the desire to change the current status quo grew bigger as well. With the idea to help sports talents take advantage of professional basketball environment and setting, we, then, created BGO Software Basketball League (BBL). 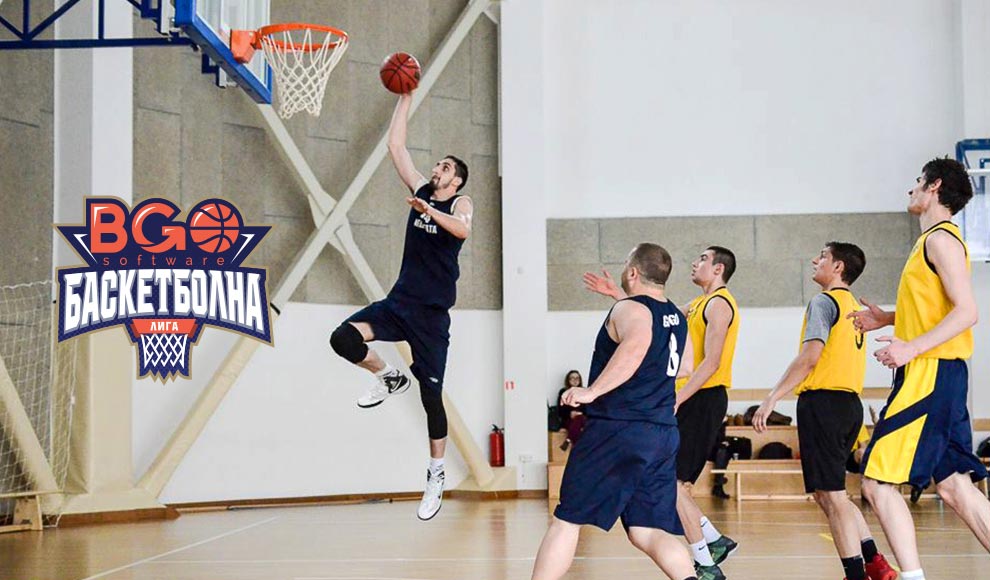 Unsurprisingly, one of our biggest achievements is the official National Basketball Championship for amateurs which will be organized in Bulgaria for the first time. Backed up by the Bulgarian Basketball Federation, the championship will be a three-day event where only the top 8 teams will have a chance to participate. The “AMATEUR FINAL 8 KNOCKOUT” will take place in June, 2017.

So far, BGO Software Basketball League has reached to 18 different cities in Bulgaria, some of them including Sofia, Veliko Tarnovo, Troyan, Pernik, Pazardzhik, Svishtov, Gabrovo, Kuklen, Shumen, Plovdiv, Stara Zagora, Haskovo, Varna, Dobrich and more. What is more, over 40 teams joined the league and approximately 650 players received an opportunity to live their dream and express their sports capacity through basketball. Thanks to BGO Software Basketball League, we build professional basketball setting, continue to develop the game itself and attract more players than ever before.

As a general sponsor, at BGO Software we focus on several key aspects:

Orlin Atanasov, Chairman of the Bulgarian Basketball Society, comments; “If we neglect the amateur basketball game in our country and leave it with no structure and strategy, well then, the progress of basketball will be hindered by the permanent turbulence which has existed for the last 20 years. However, with supportive and progressive-minded people, things can change rather quickly. I believe that what we have achieved with the help of BGO Software, within just a couple of months, is the beginning of the development of the basketball potential in Bulgaria. The best is yet to come.”

As a game of skill, the nonprofessional basketball in our country develops in two main directions. On the one hand, if we truly want to observe significant change and progress, we have to attract bigger number of teams that want to compete and practice basketball. On the other hand, the progress of this sport on regional and national levels requires better sports environment which stimulate our sports talents. By establishing BGO Software Basketball League and by supporting the Bulgarian Basketball Society, we aim to significantly improve the amateur basketball in Bulgaria. We strive to create opportunities, events and tournaments that will make Bulgarian basketball communities feel and play like professionals. Or even better.